The Libby family were settlers in Maine arriving from England in the 1660s.  In the 1850s C.C. Libby moved to Oxbow to help settle a township which only had a number for a name.  Here, miraculously, he met a woman, Melissa Trafton, daughter of another original settler of Oxbow, Eben Trafton.  We’re not sure if she was the only available women or just a darn good cook.

In the 1880s the Libbys built a hotel in Oxbow, which became a haven for the new breed of wilderness traveler arriving via the new railroad service in Masardis and buckboard to Oxbow.  Most of the customers came for the outstanding fishing and hunting touted by sporting camp owner, Will Atkins.  Libby Hotel was the only lodging available on the road to the Aroostook River headwaters.  The rooms were elegant, the food outstanding and the service unheard of in a wilderness outpost such as Oxbow in those years.  The lodge offered running water, acetylene lights, a post office, and a 400-acre farm to supply all the necessities.  Melissa Libby was said to be known by more sportsmen than any other woman, she ran a tight ship and spared no expense on detail.

C.C. and Melissa had four children in Oxbow.  The two boys, Ike and Will teamed up with C.C. and bought camps on the Allagash River.  Soon other camps came up for sale including the famed Atkins Camps, which they purchased and built into an empire, over 50 camps in three counties.  Their home camps on Millinocket Lake were the most elegant and became the hub of the operation.

The home camps were situated on a picturesque island and consisted of 16 sleeping camps.  A brochure from that era says it best:  “These cabins are built of peeled spruce logs, light, roomy, airy.  The furnishings consist of iron beds with woven wire springs, hair mattresses, sheets, pillows, and blankets.  The tables are covered with dainty linen, and set with silverware and china.  At the tables are the comfortable dining chairs of civilization…a word about the food.  The variety is ample, and only the very best of everything is used and prepared by a first class cook who understands how to cater to the wants of people accustomed to good living…Delicious fresh brook trout, cooked as they only know how to cook them in the woods, are always a feature during the summer months, with berries in season, vegetables from the camp garden, game in the fall, and sparkling spring water…Fresh meat is always provided, cows furnish a supply of milk and cream…The rates are:$1.50 per day for board, $3.50 per day for guide and guides board, 50 cents a day for use of canoe and outfit.  The team charges, on Bar Harbor buckboards from Masardis to Oxbow are $2.00.”

Isaac ‘Ike’ Libby and his wife Lillian Burt Libby, a New Brunswick native, took over the hotel and farm.  Will Libby, Ike’s brother, being unmarried, operated the wilderness camps.  The trip into the camps typically took two days by canoe although the brochure explains it as:  “And what is more the camps are not difficult of access; on the contrary the journey in is full of charm, attended by no hardships, through a country teeming with interests.”

In 1938 Allie Libby, Ike’s son, with his newly wed wife Elsie Parker from Masardis took over the Libby Camps.  That same year Will Libby died without a will and the camps, after going through probate dwindled from 50 camps and a hotel to only 3 cabins overnight.  Undaunted the young couple decided to try and make a go of it with little more than ambition and a prayer.  They began building more cabins at Millinocket Lake (now on the mainland), outpost cabins, hiring guides, etc.  The travelers now were switching to a new mode of transportation, the automobile, to Oxbow then to camp by canoe.  Soon Allie saw the advantage of the seaplane as a mode of transport to camp, saving two days of river travel.  The Libbys bought their first seaplane, a Piper Cub, in the 40s for $700.  Using the plane opened up many more fishing opportunities and business began to boom.  In 1958 they bought their first washing machine, tractor, refrigerator and full size boat (only canoes up until then), on credit.  In 1959 Allie died, leaving Elsie a rich heritage for her four sons (ages 4 to 12) to follow, but only bills to live on.  Many friends and family counseled her to sell the camps and get a job in town, so she could bring up her children with all the right tools.  She sold the plane and other nonessential equipment and decided on faith that she could operate the camps by herself.  With her strong faith she not only managed to operate a successful camp, but also built on many new cabins and even a new outpost camp.  She also sent all four sons to college.  Elsie ran them successfully, alone, until 1969 when she married John Gibson of Allagash.  He helped her until she sold the camps to her son Matthew and his newly wed wife Ellen Curry in late 1976.  Most of the recipes handed down are from Elsie’s kitchen.

Matt and Ellen married in January of 1977, graduated from the University of Maine on May 20 and opened for business on May 21.  The advent of the logging roads made life a little easier for the new owners, but business was far from brisk and nearly failed the second year.  The couple took on jobs from teaching to logging to help pay the mortgage and build the business.  By 1980, with two children and good jobs in town, the couple found that they were not living their dream as full time sporting camp operators.  They decided to sell their house in town, quit their jobs and move to camp year around (and hope and pray they made it).  The gamble paid off and now Libbys is one of the most successful camps in the East.  Several new cabins were built with full baths, eight new outpost cabins were added and in 1987 seaplane flyouts were again offered to customers.

In 1993 Libbys became an Orvis endorsed lodge, the kitchen has been remodeled and the cabins upgraded.  The same high quality meals and services are still a trademark that keeps families returning for generations.

The Libby’s take great pride in their kitchen and dining room and the meals they prepare.  They are constantly trying new recipes, concocting new ones of their own, and changing old ones for the better.  Their fresh baked breads and pastries have saved the day many times when the fish decided not to bite or the deer decided not to appear.  Without great food and comfortable accommodations provided by the Libby women, the repeat customer list would undoubtedly be short.

The fifth Libby generations, Alison and Matt J both know how to cook well, fish, hunt, and enjoy themselves in the wilds of northern Maine, 45 miles from television, school, electricity and telephone.  Alison married Tim Winslow and moved to the coast.

Matt J married Jessica Corriveau from Wallagrass in 2004 and both began working at Libby’s full time.  In 2009 Matt and Jess became partners with Matt and Ellen, making them the 5th generation of Libby owners.  In 2013, Matt and Jess purchased Libby Camps in its entirety and hope to preserve what has been built into a North Woods Dynasty.  Matt J is now a commercial seaplane pilot, master Maine guide, and general Jack of all trades.  While Jess is no longer involved with Libby Camps, Matt J continues to own and operate the business with an eye toward future generations.

There is now a sixth generation of Libby’s, Kayla, Parker, and Charley.  All three live (and work) at camp for the season with the family.

The unspoiled benefits of Libby Camps: clean water, loons, moose, mountains, wild trout, and salmon, rivers, countless ponds and serenity make the transition worth the civilized sacrifices. The customers have always been or will soon be friends of the family. 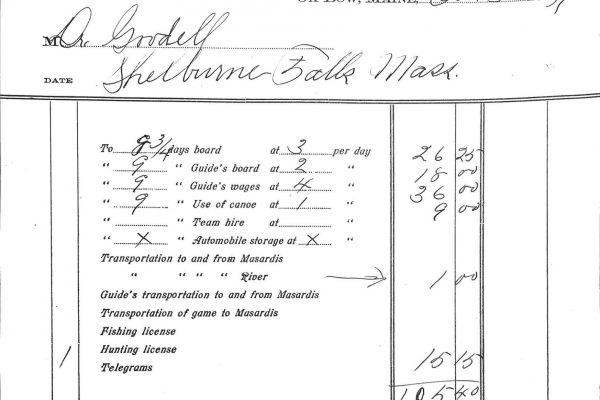 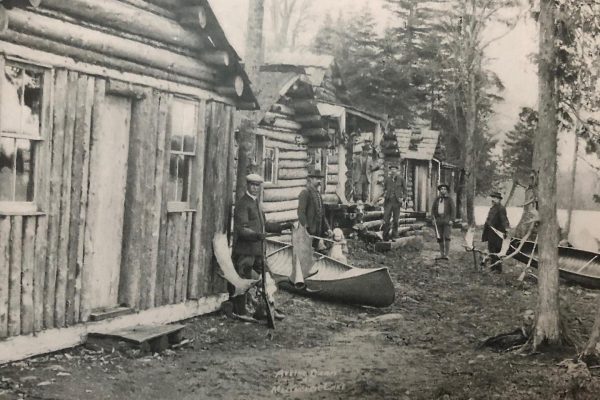 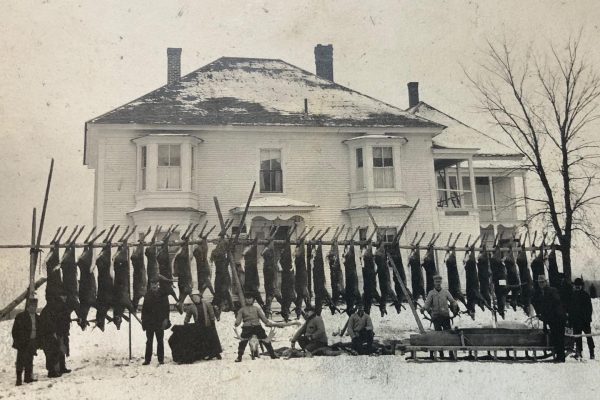 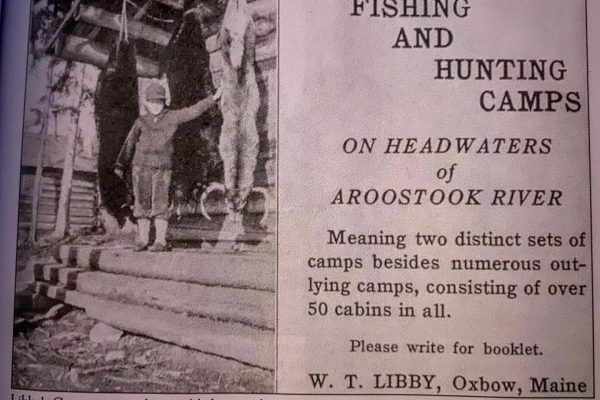 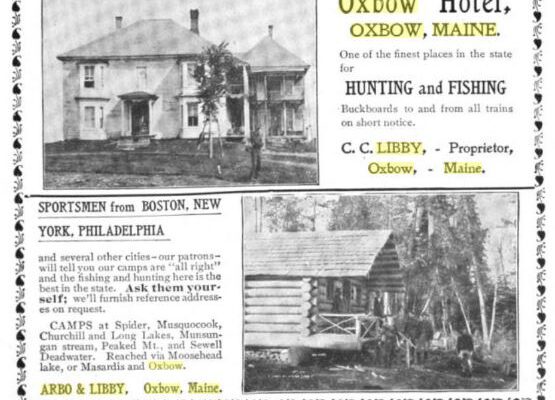 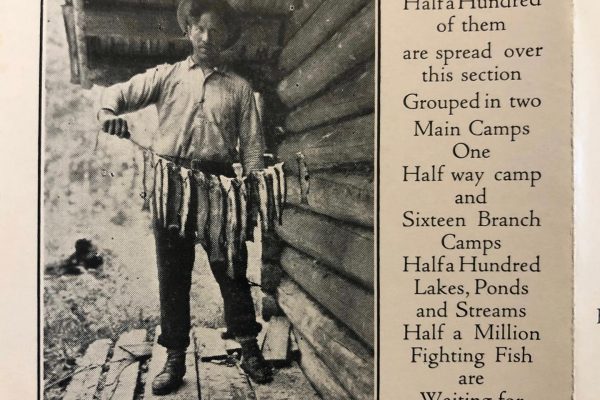 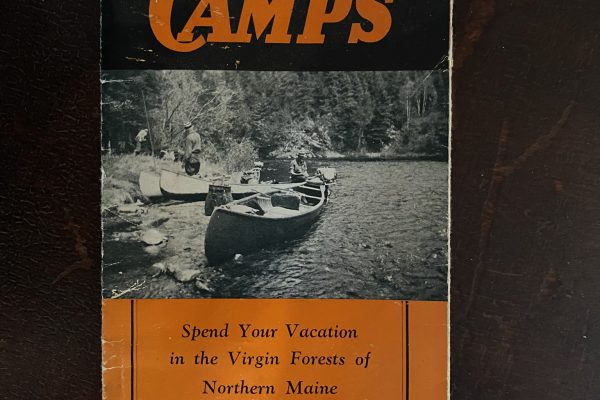 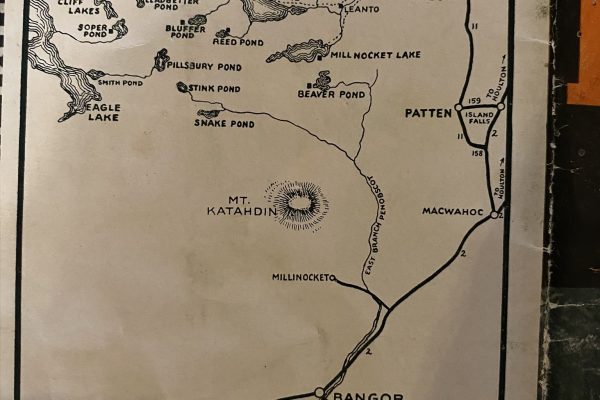 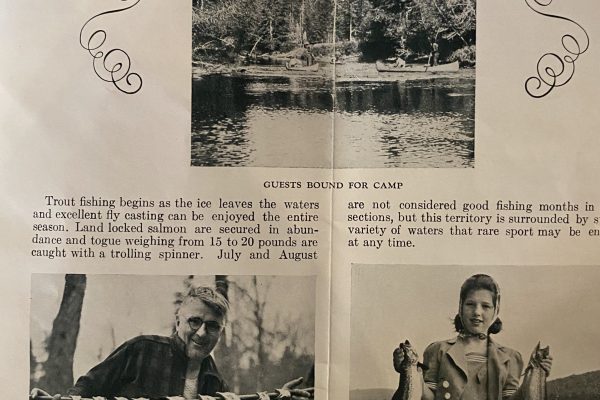 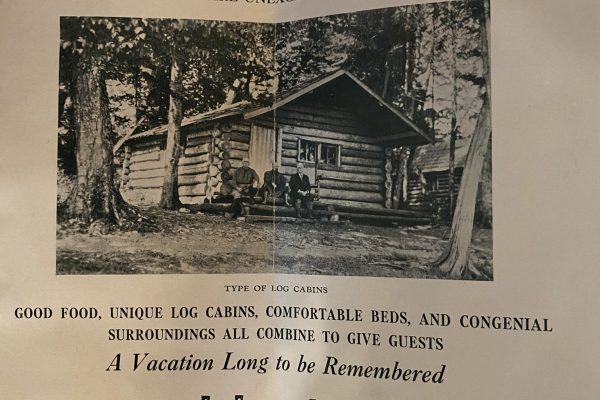 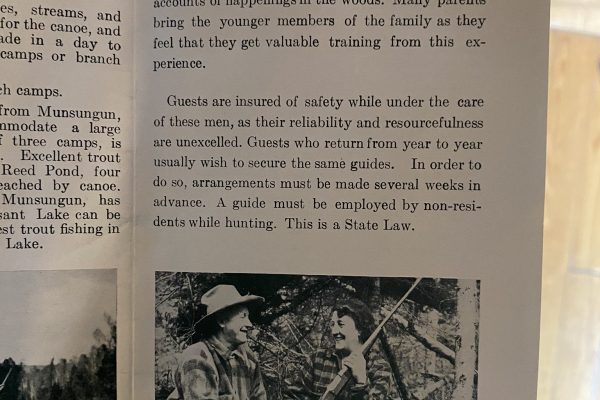 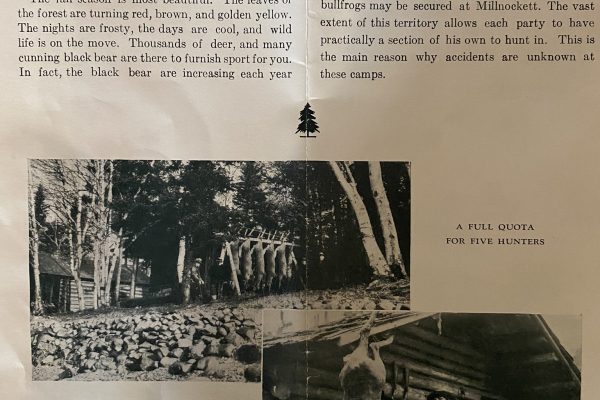 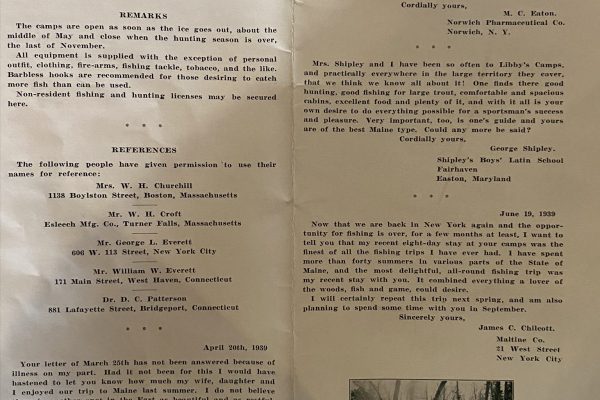 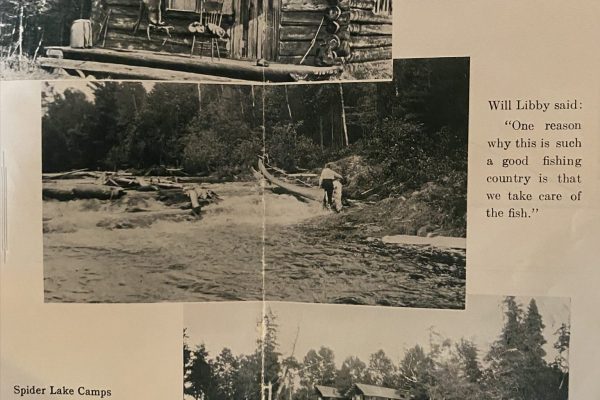 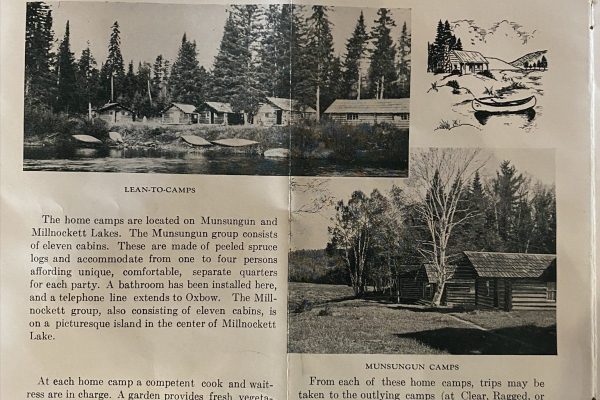 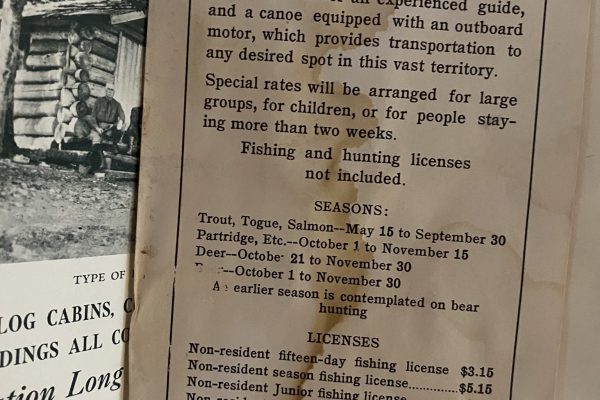 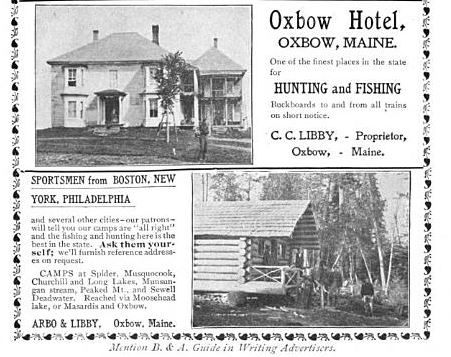 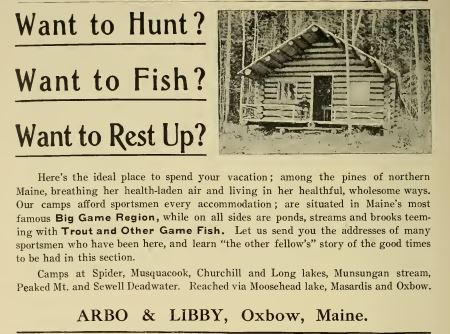 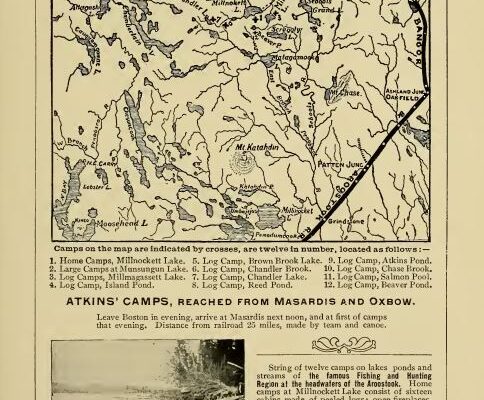 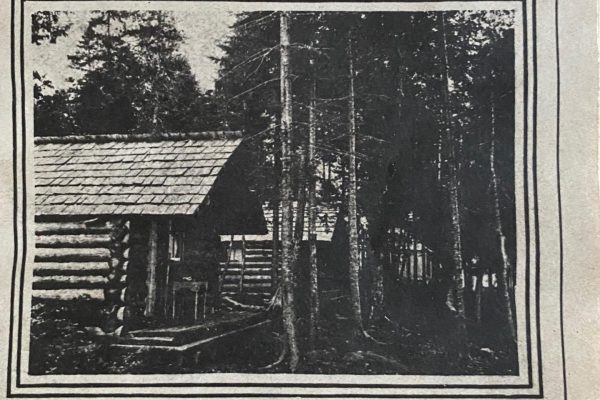 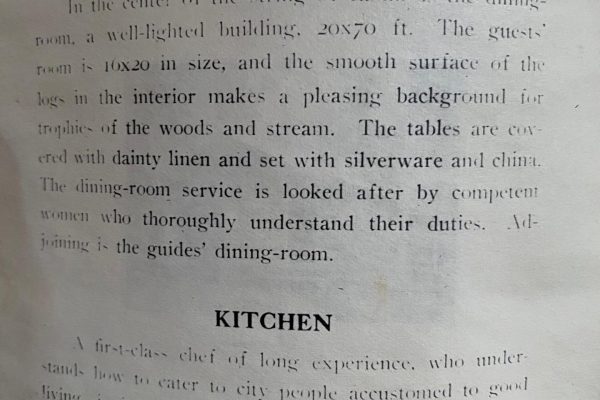 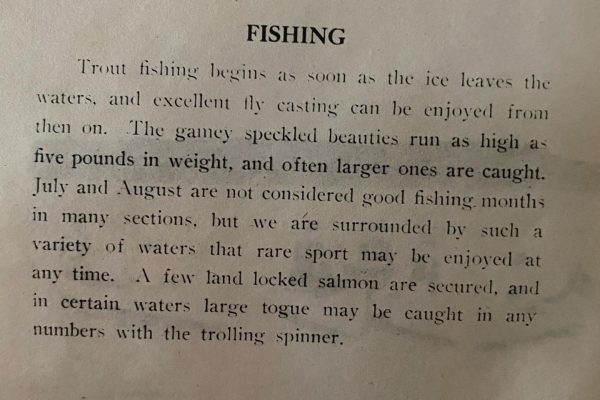 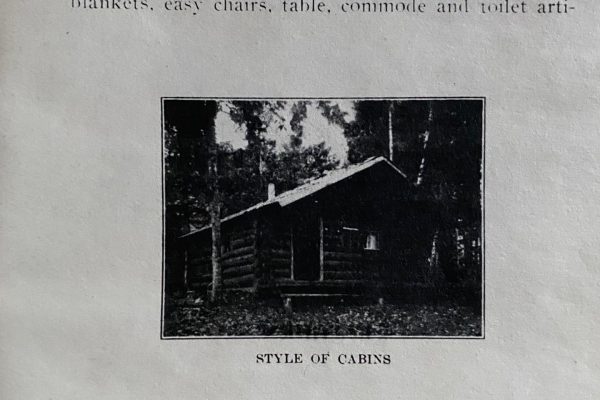 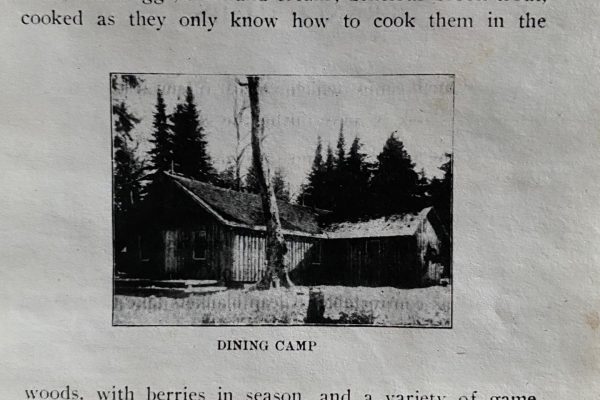 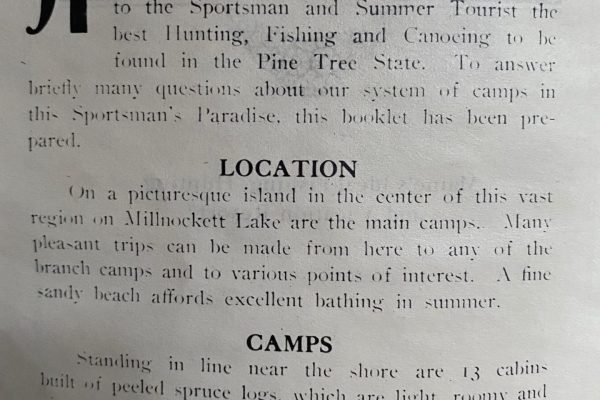 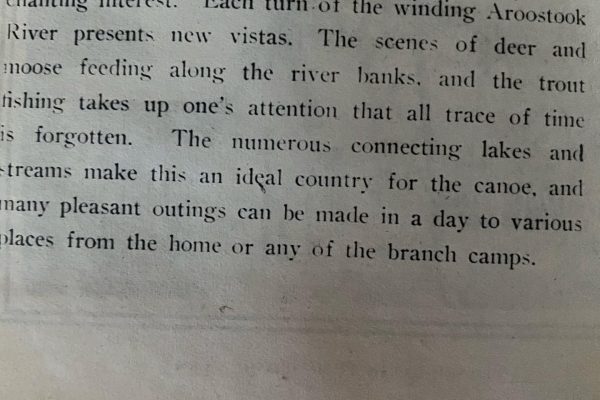 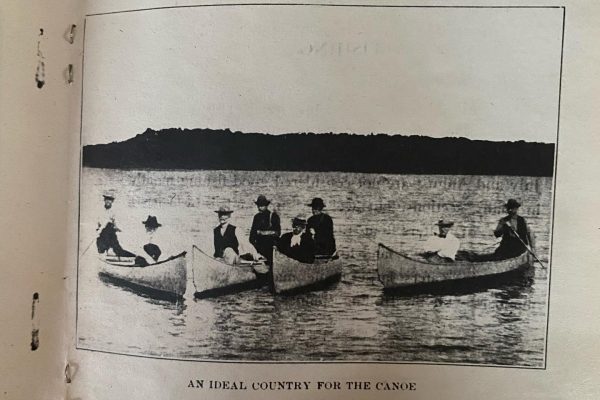 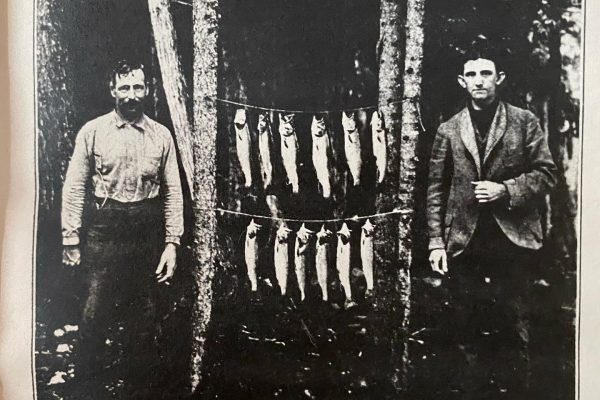 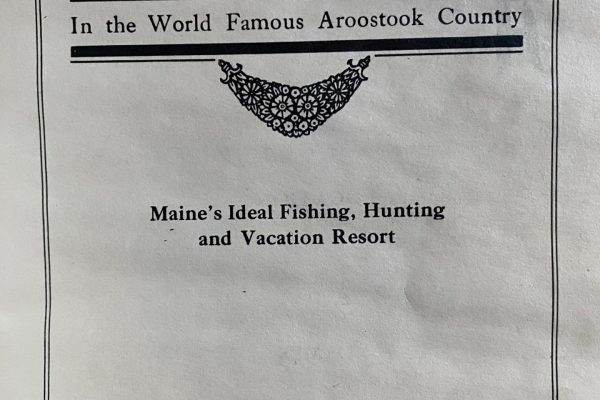 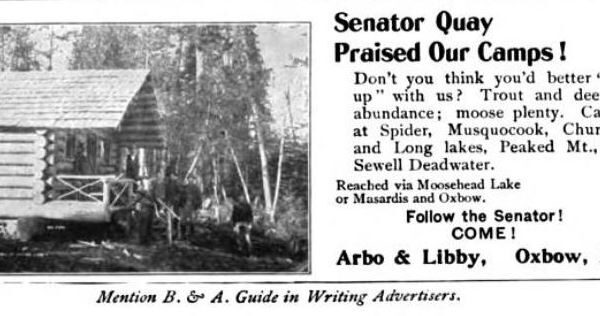